Bring out the best in me.

YouTube wanted to capitalise on the popularity of its top channels among young people, while boosting awareness of their stars among older people who’ve never heard of them.

Some of the stars chosen for their first campaign were the beauty vlogger Zoella and the YouTuber duo Gav and Dan, also known as The Slow Mo Guys.

Zoella, already with millions of fans, was known to make beauty videos, vlogs and also talk about important issues such as mental health. For her fans, her videos always felt personal – in way that invited people into her life. We wanted to capture that sentiment and convey it the best way possible in the TV film and digital ads.

Look at my stuff!

We created a custom suite of online banners in HTML5 to sit on websites, and to work on mobile devices. Zoella ‘invited’ users to explore her dresser to find out more about what she talks about on her YouTube channel. 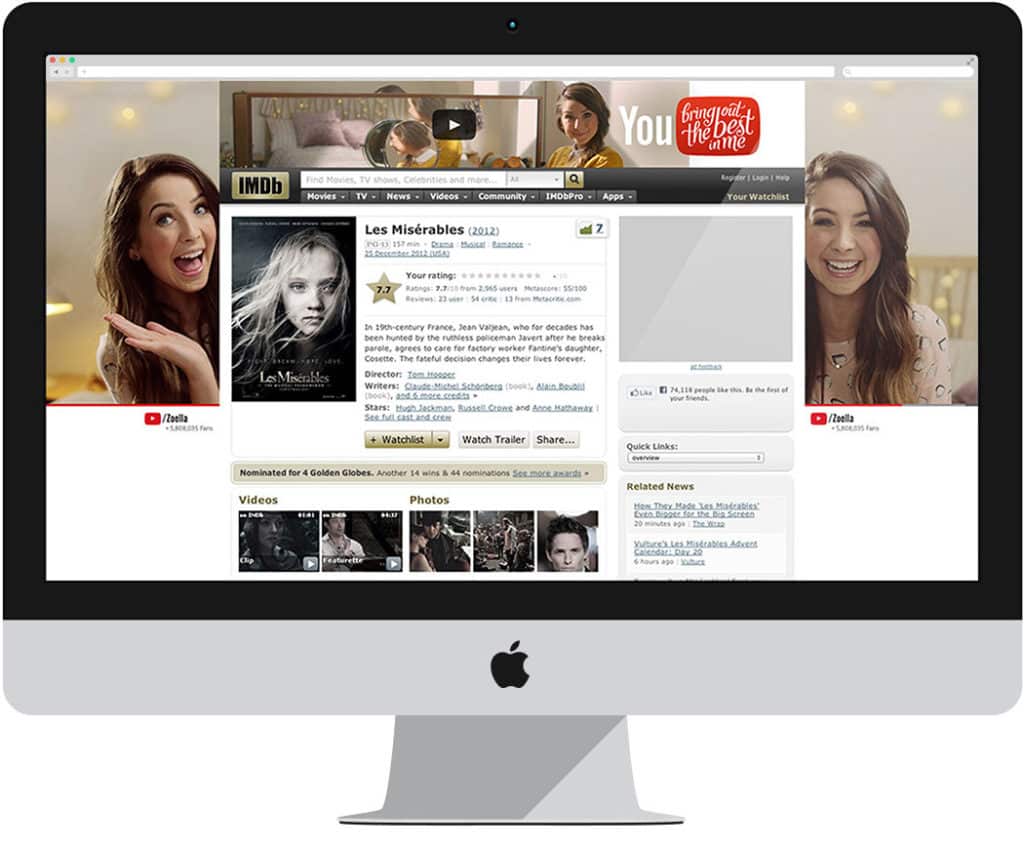 YouTube wanted us to amplify this campaign out in the real world by taking over as many digital out of home placements as possible — all over London!

For several weeks we had our stars plastered all over the London Underground network, many National Railway stations including Waterloo and Euston. 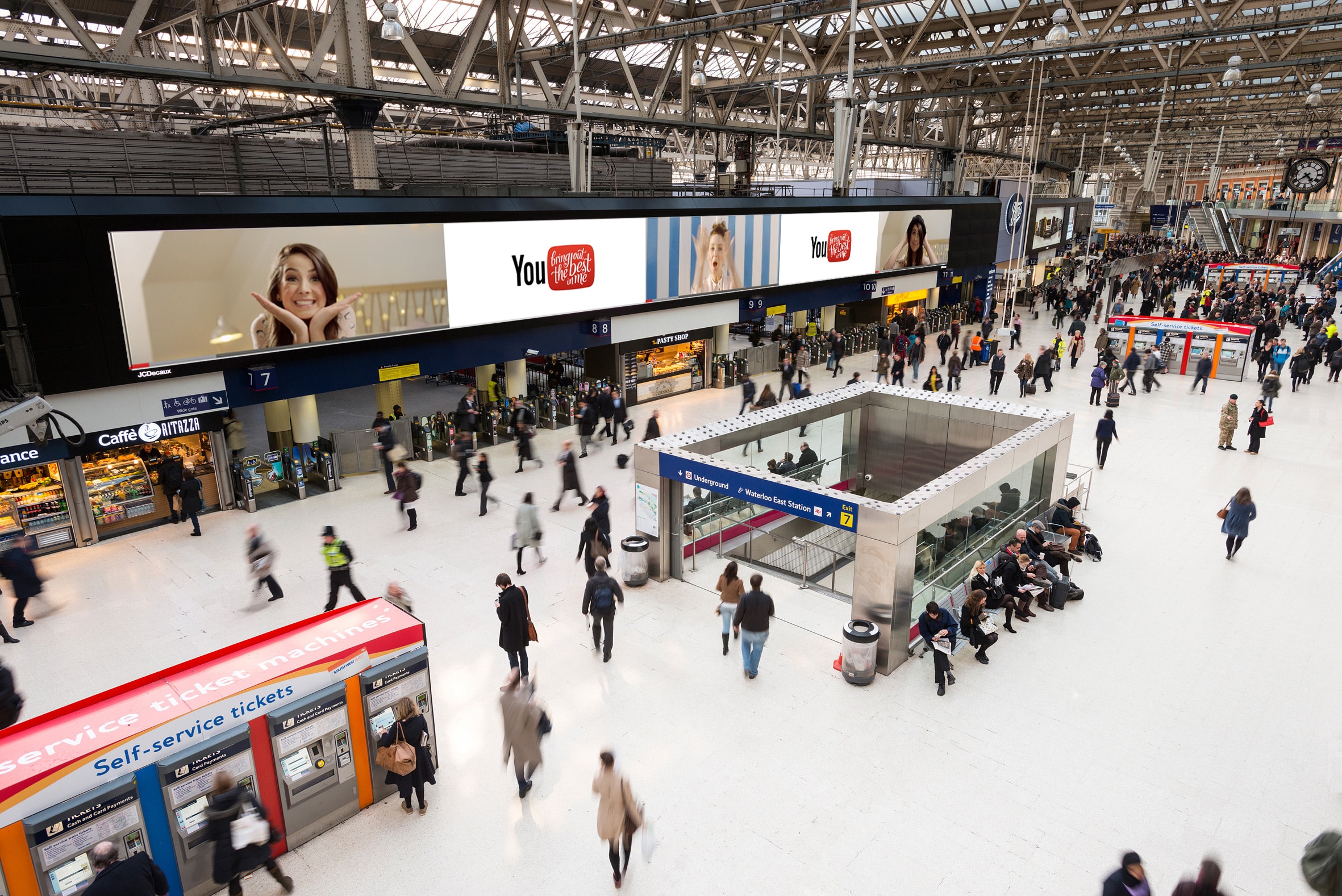 Digital out of home at Westfield London 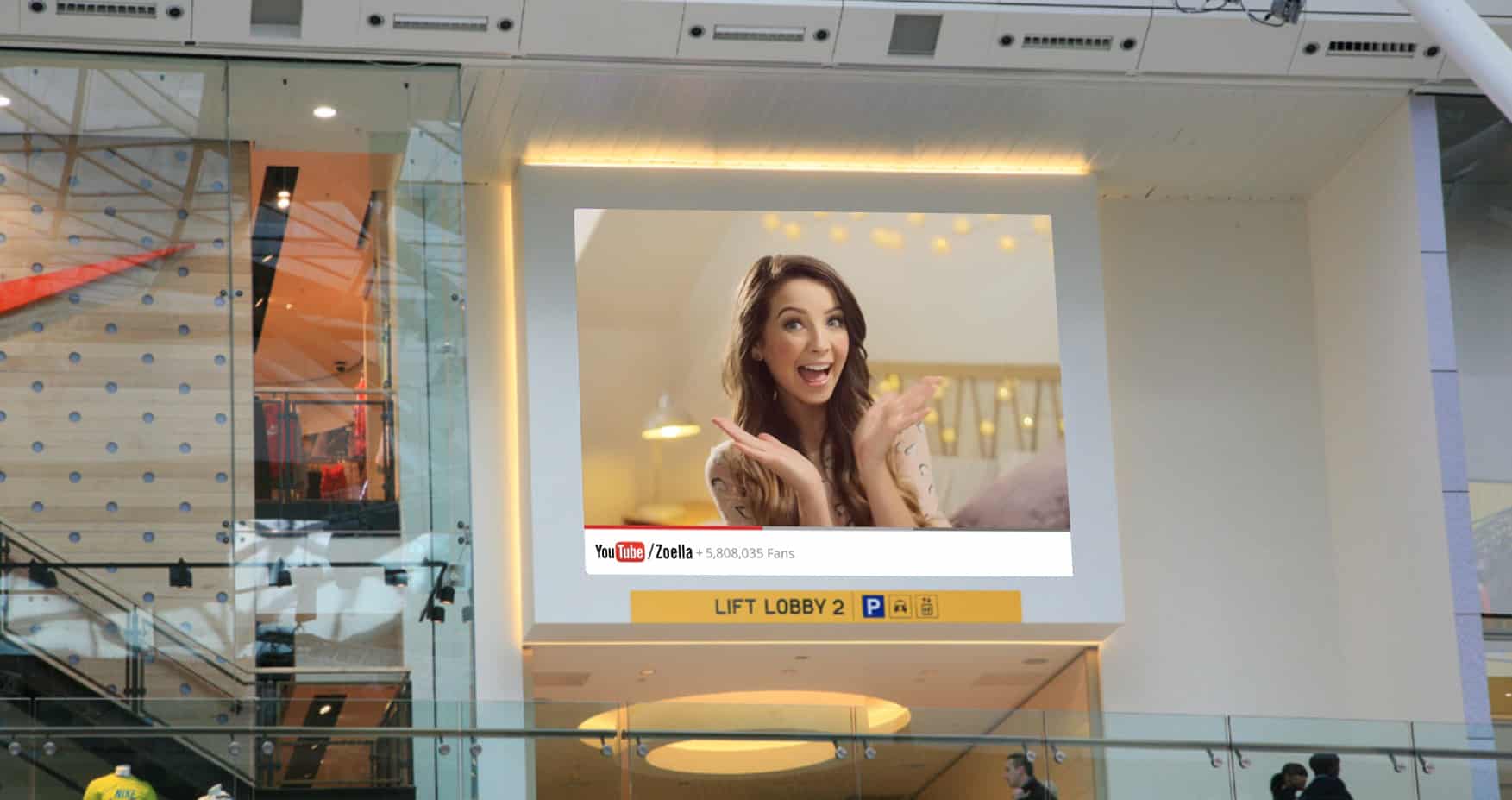 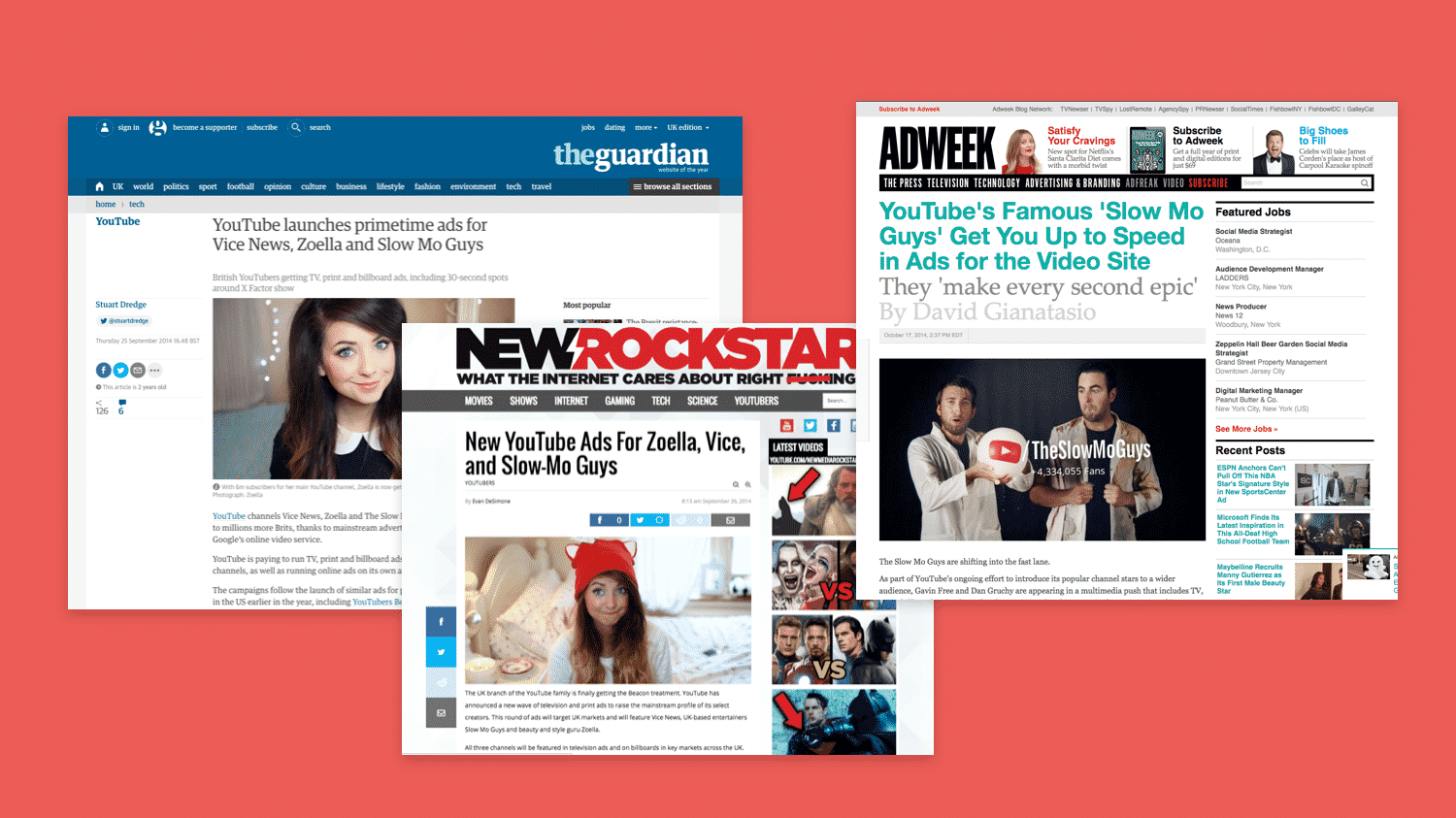